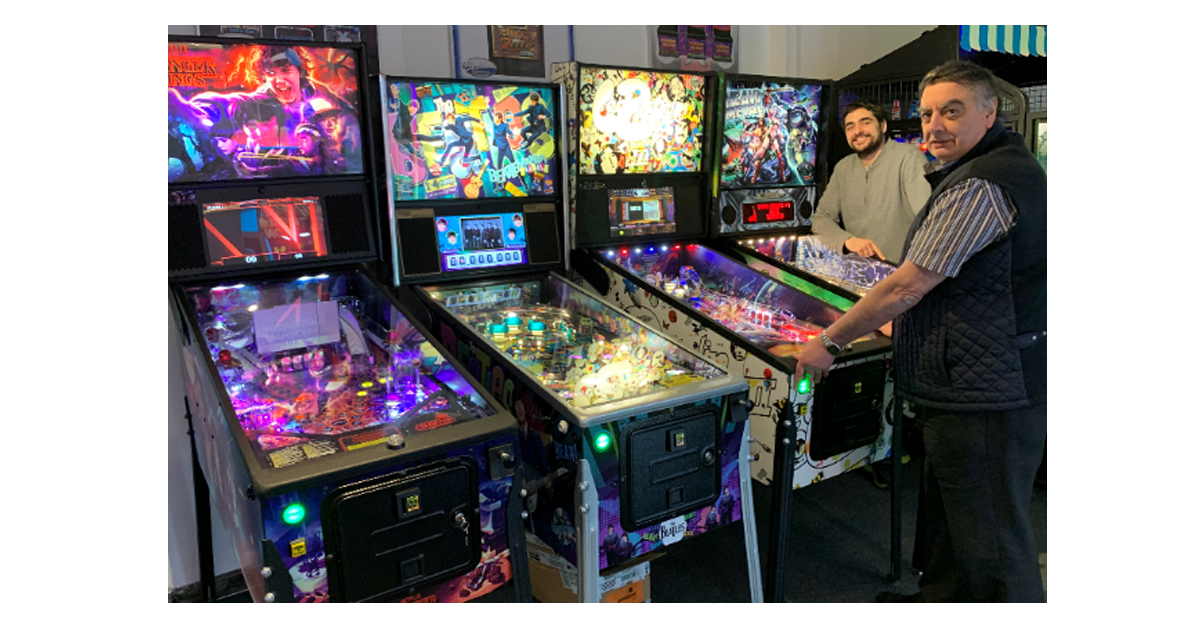 Electrocoin sure plays a mean pinball

Pinballs have a key role

It’s an evocative part of amusements history, and according to leading distributors Electrocoin, the game has a key role to play in the future. John A Stergides talks to Coinslot about the latest machines and what makes them so enduring.

Coinslot: The game is generationally enduring, so what kind of return to recovery are you expecting for pinball?

John A. Stergides: Pinballs have always been a part of the coin op industry and we have noticed in the past few years a resurgence in their popularity.

It is a very unique product that unless you have a pinball machine at home, it cannot be replicated on iPhones/ home consoles etc.

For older players is a form of nostalgia invoking memories of when pinballs were everywhere and for the younger audience they are fascinated at the unique playing experience a pinball provides and having a mainstream brand helps attract them to the machines.

They attract new and different customers as it is a classic attraction which incorporates the latest technology.

With popular mainstream brands like Avengers, Teenage Mutant Ninja Turtles, Stranger Things to music bands like Led Zeppelin and the Beatles, there is something for all genres.

One of the most recent popular pinball titles was the Ghostbusters. It appealed to the audience that grew up with the original movies and cartoons but it also attracted a new younger audience, in particular more female players as its release coincided with the new Ghostbusters movie.

Coinslot: Pinball is one of the traditions of UK amusements – how were the machines performing pre-lockdown and what trends are you expecting to see?

John A. Stergides: Pinballs are a traditional part of the UK amusement industry and on location generally have a consistent income and have a bigger impact when 2-4 are placed side by side.

Unlike other coin op products, they hold their value really well as seen in the second-hand market as titles are built under license which restricts the number produced.

Coinslot: What are the key pinballs hitting the market this year? Talk us through some of the high points of the machines.

John A. Stergides: The latest pinballs released are The Avengers Infinity Quest, Teenage Mutant Ninja Turtles, Heavy Metal and the British Rock band – Led Zeppelin and there has been a surge in demand especially for the latter.

Each pinball title has its own unique play field, features and artwork which gives them a different experience and outlook which is why they are popular with operators and players.

This is further reason for locations opting to have two or more pinballs as players like to switch between pinballs to experience the difference gameplay and features.

Coinslot: The tariffs position with the EU and the US has been resolved – so is the path clear for pinball machines coming into the UK now?

John A. Stergides: Fortunately, one of the benefits of Brexit was the UK could set its own rules and thus the EU trade tariff with the US, didn’t affect us when bringing in products for the UK.

However with the tariff being resolved it does help when shipping to Ireland and other regions within the EU.

Coinslot: Pinball is going to be a major drive for Electrocoin this season. What promotions and offers have you got in the pipeline?

John A. Stergides: We are launching a special rental agreement on our pinballs Pro models whereby operators can effectively try before they buy. Operators can loan them on a short-term rental period with the option to purchase at the end of the term.